Generating ideas
When starting I was quick out of the gate to choose my project. I saw a picture that lead me to my idea of the rocking chair, which I was very set on. I didn't really anticipate anything major which is a weakness I had which I should have done. I should have researched a little more about how long it would take and what it would take to do. I do also feel that experimenting and taking things in your own direction is also important because you do learn a lot from it. I made a model of what the chair would be like, so we could base that for the actual piece.

Communicating thinking in a clear and accessible way
Our problem was how can we make a rocking chair that is stable and works efficiently. As I said before we made a model and used that to base our design off of. We did ask a lot of questions to Dan in the beginning which lead to us being better off. We also asked our peers what they would like the angle of the back to be for maximum comfort. Angela and I both gave our ideas to each other and we combined them which turned into our product.

Recognizing and resolving errors
The way we made the paths that we would then use with a router, were made off of a cut out of the bottom side of a plank that we just mapped out the whole thing. Because we did it like this and there we didn't follow a direct path way, our two paths were a little off on the sides of the cable drums. Because of this we had to do precision work to do our best to get them to match up which didn't end up happening completely but we did the best to our ability. After this happened since we could line the planks up and compress them together to hold them in we decided to screw them in to fix that problem.

​Reflecting and synthesizing
The answer to our problem was to put below the center of the circle which lead to the rocking chair being safe and efficient. Because you sit in it below the center (as seen in picture below) the rocking chair doesn't roll you over luckily. This is a real world example because people who design furniture and architecture like this have to deal and learn with things like this. I liked doing this project and so this was a good skill to learn if I ever do something like it again. There still is one more cable drum which means I may do it again...
​


Questions:
When thinking about what to do for my building project I wanted to do something that required some building. When looking up building ideas I stumbled upon a picture of a rocking chair made out of a cable drum. After looking at it I knew I wanted to do that! I started to think about where I could find one of these and how I would go about making it. I found that I could get one at LPEA and I could use a router to get the wooden planks to fit. When building a test model to figure out how to do it Dan brought up the concept of having to figure out weight distribution. Once we made the model we tested of where the weight should be placed. Since we were dealing with a cylindrical-ish shape we found we have to put the weight below the center of the side of the circle. So once we knew where that most of the weight would be and we knew where to put the board we were able to start working on the actual piece. As soon as my partner Angela and I started working outside on the actually cable drum and converting it to the rocking chair we were pretty independent. When learning how to use the router we had to learn from Dan. Other than that we made decisions on what we thought would be best, and would occasionally consult Dan on his opinions. When actually putting the planks on and assembling it, everything after that was completely independent. A challenge we took on was figuring out how to put the planks on. We struggled with this for quite a while until we decided to drill it from the side. After that it was the beginning of the end and we started to drill into both sides of the planks and we put would under it that would stabilize it. I thought our project was a perfect balance. At first I thought it would be pretty easy so I brought two cable drums. But as we got into it and realized all the work that goes into one I thought we had taken more then we could chew and that it would never get finished. But as soon as we started putting planks together it was smooth sailing from there and we were able to finish just before final exhibition. The main principles we applied were weight distribution and physics which both go along with each other. When figuring out where to put the weight we ran tests on fast it took for the chair model to rebound and go back to normal this then lead us to find that we need to put the weight below the center of the circle because other wise the chair would want to flip when people were on it. 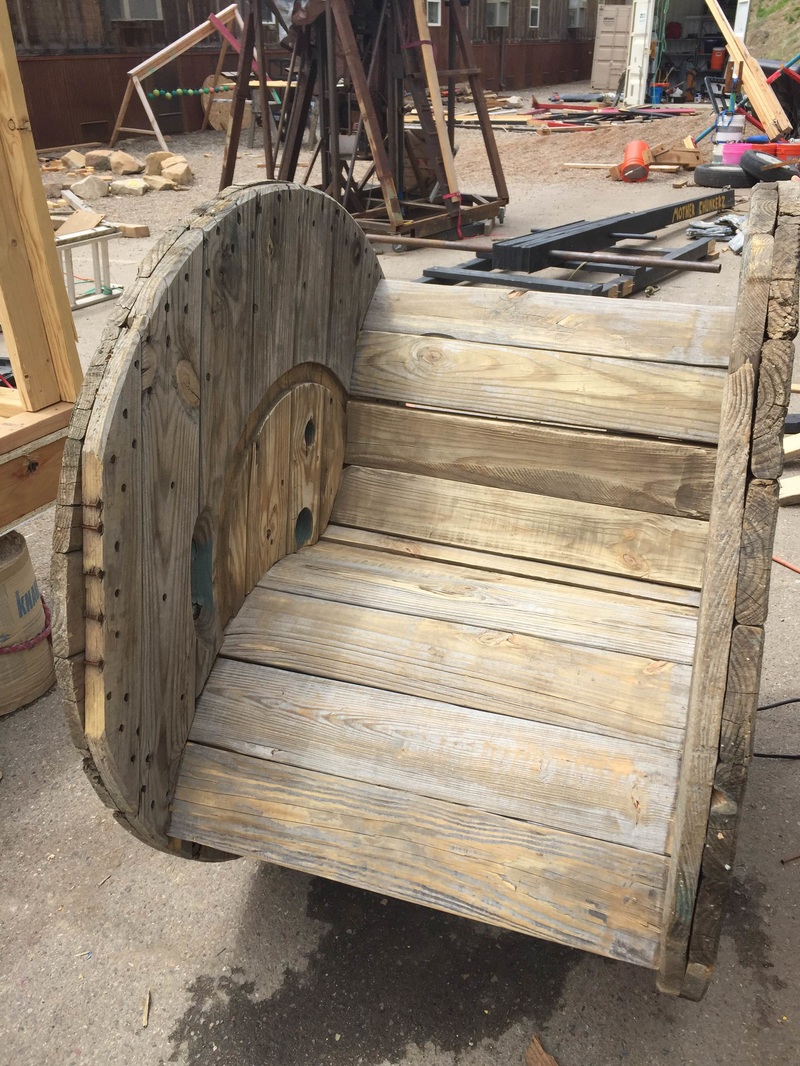 The explorations really helped me learn to do these quicker easier and better then ever before. After discussing with my group and consulting Dan I was able to completely understand binomials and trinomials.


A problem solving skill I have illustrated this semester is restating the problem in a different way. I have shown this through my POWs throughout the year. In the beginning Here are two examples of how I have done this. I will show the original question and show my restated question.

Original: How much more intense would this quake be than the earthquake in Haiti? Present your answer as a factor, for example “three times more intense! Oh my!” If the earthquake is only half as intense as predicted, what will it be on the Richter scale?

Restated: To create a function that shows how much is left of C-14 after t years.

These problems were difficult because because they require you to take lots of questions and condense them down and restate them in your own words, which is not easy to do. This problem solving skill helped me to persevere and get my POWs done. This Also helps with other work I do and is a very useful skill.

Here is the link to my spreadsheet!
Powered by